Do you feel a decreased level of alertness, or moodiness and memory failure? Well, don’t blame anything other than your diet which may be deficient in zinc, causing all these little undesirable conditions.

What is Ionic Zinc?

The Importance of Zinc

The importance of zinc is known throughout the world and one of the first cultures to see the significance of using zinc has been the Chinese. The Chinese knew of the benefits of zinc and used it for prostate problems many centuries before other countries ever addressed zinc.

The benefits of zinc are very important to health. There are at least 160 different human enzymes that rely on zinc in parts of their composition and function. As examples, zinc enzymes are involved in digestion, metabolism, and tissue respiration, and both DNA and RNA need zinc enzymes for proper functioning.

Medically, zinc is probably the most underrated and misunderstood of minerals yet it is one of the most important elements in the human body. It is essential in so many different functions of the body and its depletion produces some of the most dangerous effects. Despite this, most physicians do not test for it and, when they do, they often apply the incorrect testing techniques by assessing blood samples instead of tissue samples such as hair.

When you look at a list of foods containing zinc you will realise that there are not many compared with those containing iron or calcium yet zinc is the key to many bodily functions and the cornerstone of many nutritional disorders.

It is interesting to look at how zinc is absorbed by the body because this will bring an understanding of how the body so readily becomes depleted of it.

At meal times the pancreas produces picolinic acid as a result of the release of hydrochloric acid from the stomach. The picolinic acid then binds to the zinc and aids its absorption. The absorption is therefore dependent on the presence of hydrochloric acid in the stomach and, if this is at insufficient levels (from the excess antacid use or overzealous use of acid blocking agents) then zinc depletion is likely to occur.

Zinc is for the synthesis of hormones serotonin, dopamine, melatonin, and noradrenaline and, therefore, low zinc levels can result in decreased alertness, a lessened capacity for abstract thinking, lowered ability to perform repetitive and multi-task jobs, moodiness and memory failure. That is, there is a decrease in signal processing in the brain and this can produce many patterns of altered central nervous function.

Zinc depletion is associated with the following conditions:

Zinc is normally lost in the following ways:

The highest levels of zinc are found in the following foods:

The benefits of zinc 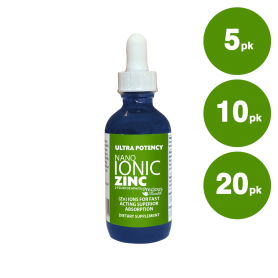